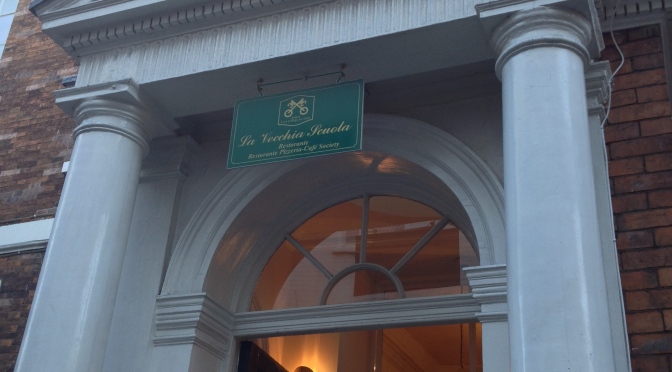 I visited some old friends who live in York on Saturday,  and for lunch they suggested trying out La Vecchia Scuola, on Low Petergate in the city centre. They are like minded people who also enjoy eating out, so when they suggest a restaurant who am I to say otherwise.

When they mentioned it I’d remembered I’d eaten there once before, a couple of years ago. But it wasn’t going to be how I’d remembered it in the past, as they said it was under new ownership, after the previous one had been banned from the food industry for breaching health and safety regulations! As you might think the new owner Decio Franca obviously had a lot of rebuilding to do to get the reputation of the place back to what it once was.

La Vecchia Scuola is a lovely Grade II listed building which dates back 300 years, and was once York College for Girls from 1908 to 1997, on entering the restaurant the memorabilia adorning the walls showed old black and white photos of school days gone by. 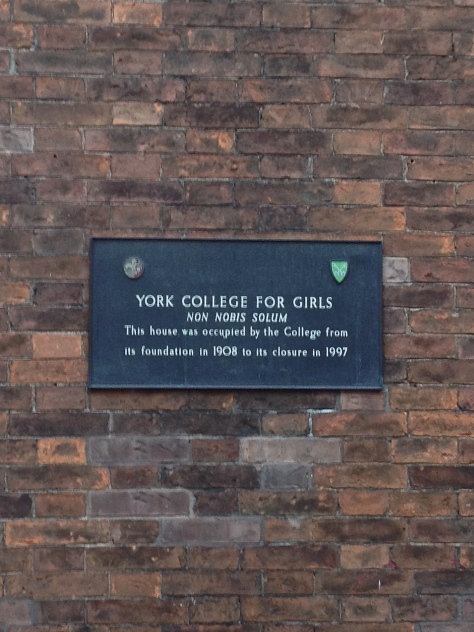 It has an enviable location, with a view of York Minster from the conservatory and with the entrance on one of York city centre’s busiest shopping streets, it would be difficult for it not to get a lot of foot fall.

Their a la carte menu consists of lots of classic dishes such as Lasagne al forno, Spinach and ricotta cannelloni and Margherita pizza, as well more modern dishes for example Ravioli di Aragosta (lobster ravioli). The menu was quite large so it took a few minutes for us to decide, they also had  a set lunch menu with 2 courses £9.95 or 3 courses for £12.95. Very good in terms of price, but we felt that it had more of the classic dishes on it and we weren’t particularly tempted.

My friend’s Gamberoni looked really good, exactly the sort of dish I would usually order. From the first mouthful it was obvious how good it was, the King prawns were cooked accurately and were very juicy. The sauce had a lovely balance of garlic, tomato and chilli.

I shared a pizza bread with a friend which was tasted great. It was maybe a little anaemic on appearance, but for taste it hit all the right notes, with a  good Pomodoro sauce it had a decent amount of garlic without it being overpowering.

For our main courses we chose the Lobster ravioli and sea bass. The sea bass was a generous portion, and had lots of lovely colours, two large sea bass fillets, and plenty of salty capers. New potatoes, sugar snap peas and cherry tomatoes accompanied the dish and making it quite a hearty portion.

On all accounts my friend enjoyed it immensely. The dish was well cooked and had great flavours. On a personal note I think the dish would have been better if the fish had nice, crispy skin. It was presented skin side down, a shame really as the fish would have looked great with crispy skin on show!

We both were relishing the thought of our Lobster ravioli, luckily we weren’t disappointed. The ravioli was plump and had plenty of tomato and basil sauce. Lots of juicy King prawns were also accompanying the ravioli which was a lovely surprise. I certainly wasn’t complaining about that! The ravioli had been made well, the pasta was lovely and thin and each were generously filled with lobster. The sauce was rich and full of flavour, each ravioli was enveloped in the sauce.  With perfectly cooked prawns it was a fantastic dish and not too rich.

I’d recommend going there, it was a lovely place to have lunch, it’s bang in the middle of York city centre and in a lovely setting.

Our lunch including a bottle of wine cost £88 for 3 people.

Atmosphere: The restaurant seemed to have a good turn over of diners so the atmosphere was good, not too noisy and was also relaxed.