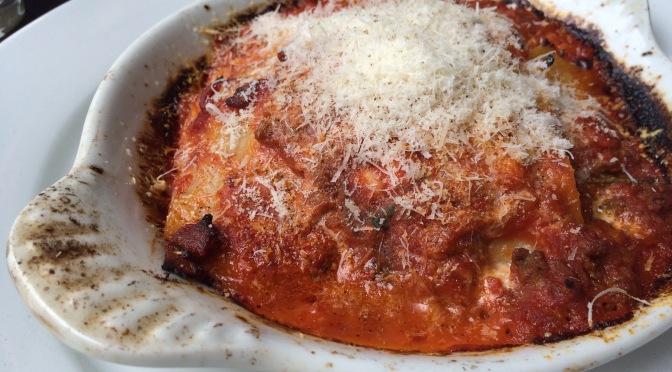 You may’ve read in earlier posts of our need to search for a place to call our new home, all due to the fact that I’m moving south! So for a while we’ve been slowly trying to work out where we may want to live, not an easy task I’m sure you’ll agree. Last bank holiday weekend, May Day in fact we spent some time in Guildford, it’s somewhere we’ve been a few times and am just getting to know it a little. A wander around brought us to the top of Guildford’s pedestrianised High Street and also way passed lunchtime, the other half always says ’12 o’clock is lunch o’clock’ and it was gone 2pm. Along the way we’d noticed an Italian called Shardana, up one of the side streets, one moment for a quick internet search and our decision was made. From the bottom of the alley we could only early see the signage, but as we neared the top the place was much bigger than expected, much to my surprise. 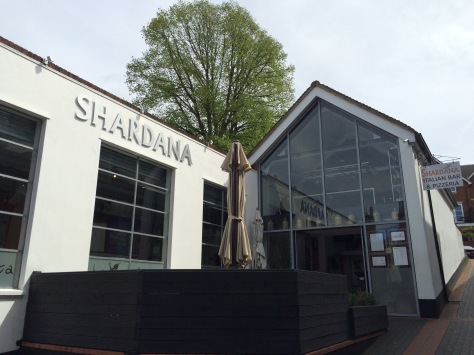 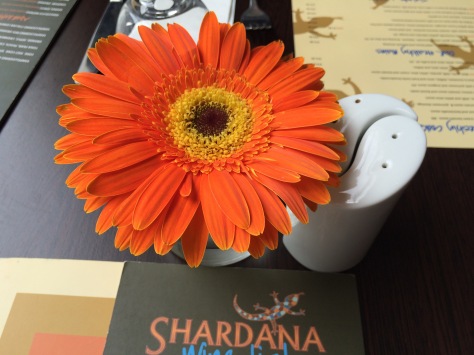 The place has one large dining room with more of a modern interior, rather than a typical rustic Italian decor, we sat near the large windows. It wasn’t particularly busy as we’d arrive at 2:25pm and they stop lunch service at 3pm,  so we’d cut it a little fine. A couple of glasses of wine were ordered, and a quick perusal of the menu showed up familiar Italian fare; pasta (gluten free available on request), pizza as well as steak and seafood dishes.  All fairly reasonably priced, apart from dishes like rib-eye steak and sea bass that you might expect to be priced higher. 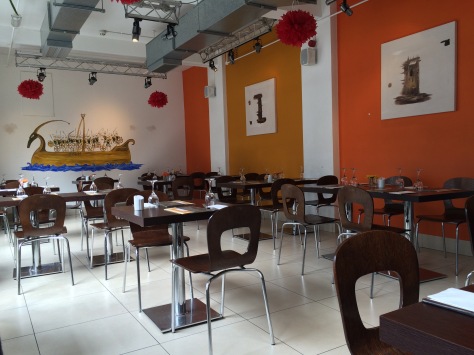 After a suitable waiting time, a lasagne for me and a goats cheese pizza came our way. I love lasagne, the best I’ve ever had; in Rome with layers of silky soft pasta and THE best ragu, like the best homemade ones made by their grandmas. We’d gone for part of our honeymoon and one fond memory was watching a young boy eat the same lasagne, I say eat, but he literally wolfed it down in a few minutes, all while I was trying to savour every mouthful because it was just SO good. As far as Leeds goes, the best Lasagne, for me has to be at Livin’Italy which has many of the qualities that THE lasagne had in Rome, maybe the only difference was the occasion and our surroundings.

So how did this one fare in comparison? It was good, but didn’t quite hit the spot like those other two, the ragu not quite as luxuriously meaty and rich. However, it still made for a tasty lunch. 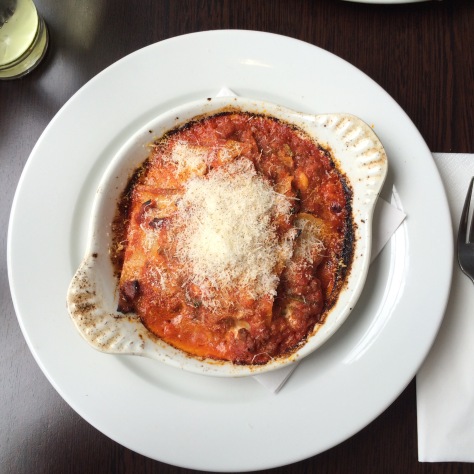 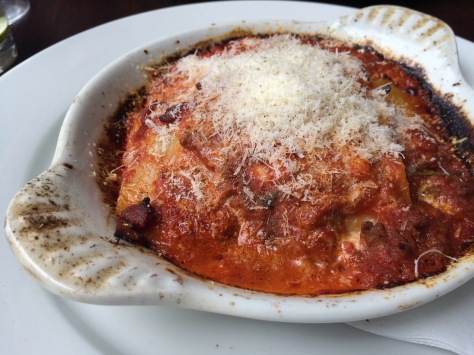 The other half’s pizza looked massive, hanging off the plates edge it was that big. I like a pizza with a thin base, I’m not interested in deep pan, stuffed crusts or any of that nonsense!! I want a slightly crisp and golden crusts with the odd gnarly bit here and there, generous toppings, but without a stupid amount of cheese.

This had goat’s cheese, mozzarella, onions, chicken and chilli topping, now lets face it, it wasn’t the prettiest looking of things. The bit I tried without goats cheese, as I’m not a fan, was good, thankfully the chicken was moist and there was plenty of it. For goats cheese fans amongst us, it worked; the other half enjoyed it. 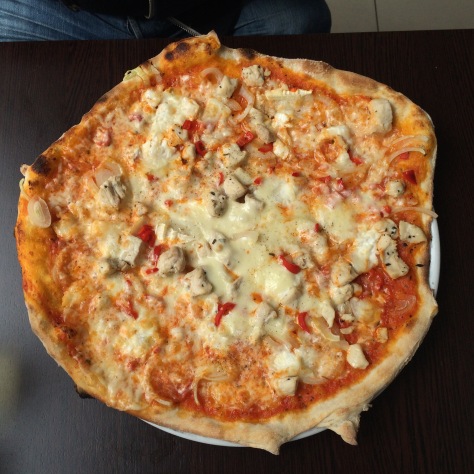 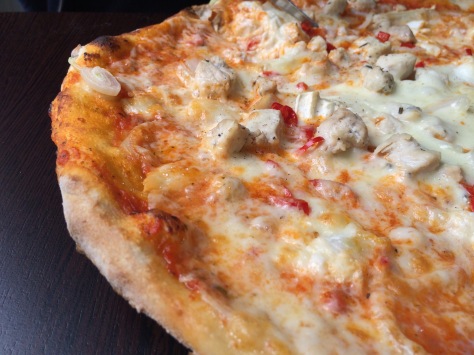 Overall, it was a good spot for lunch with friendly efficient service and reasonably priced. Away from the busyness of the High Street too, so I can imagine it as a decent place for dinner.