With the whole leaving Leeds and moving down south thing going on, I planned a mini food tour to visit some of my favourites in and around the city. The massive choice I had at my disposal made whittling choices down a difficult one, but don’t me wrong, it’s a ‘hardship’ I was happy to take on!! An all day feed calls for a little restraint and careful pacing, especially when you eat as much as I do, the last thing I wanted was to be full to bursting after lunch!

So Friday I dragged a friend round with me to kill two birds with one stone; firstly it gave me a great excuse (not that I really need one) to go visit my faves, secondly I could introduce her to a few spots I constantly talk about.

For breakfast it was a toss up between The Grub and Grog Shop at Northern Monk Refectory and The Greedy Pig; the Pig’s full English is my go-to breakfast (over their pancakes which are also top notch) when I visit, but knowing what the day entailed pushed me towards something smaller. I’d been banging on to the point of exhaustion to my friend about Grub and Grog, so put my money where my mouth was. Their breakfast menu definitely spoils with every dish – my homemade crumpets were made even better by beautiful fermented wild honey and they soon won over my friend with buckwheat blinis with all the trimmings and North Star coffee. I think they’ve won a new fan and she’s vowed to be back.

My love for Leeds independent coffee scene has been well documented on the blog, so it was inevitable there’d be a mid-morning caffeine stop, the last few years has seen the rise of independents above the many chains scattered across the city and with local roasters, such as North Star and Maude it continues to grow from strength to strength. Of the big four (Laynes Espresso, La Bottega Milanese, Mrs Atha’s and Opposite) Laynes is my absolute fave and I’m gonna miss ordering my regular; a piccolo and relaxing even for a short time in the tranquility of the shop, all whilst people watching; whether it be the beautifully attired baristas do their thing or Leeds folk go about their daily business outside.

Lunch called for great food in relaxed surroundings, so for me The Reliance fitted the bill! This indie’s been a fave since the early days of my life in Leeds, some 14 years ago and we’ve celebrated many events here – birthdays, Christmases and reunions, it’s always drawn me back basically because they do a great job full stop! Its laid back, relaxed atmosphere and friendly service puts you at ease, they understand the use of local, seasonal ingredients and produce great dishes. It doesn’t cost the earth either!

It surprised us both that we’d unwittingly gone for a veggie lunch and absolutely beautiful it was too – chargrilled courgettes with fettle cheese, chilli and mint, alongside some greens with a knock out hazelnut butter laced with a touch of chilli. I could’ve eaten a double portion of my herb tabbouleh with aubergine, brought it to life with pomegranate seeds – it was pretty damn awesome! An obligatory side of fries was no surprise choice as far as I was concerned, as they’re always good. 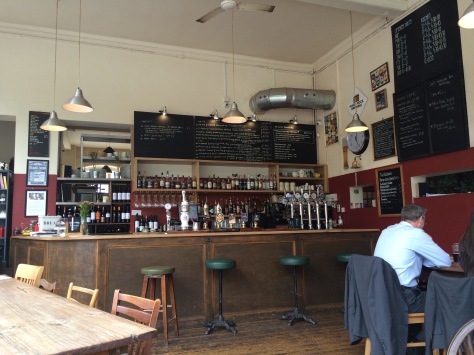 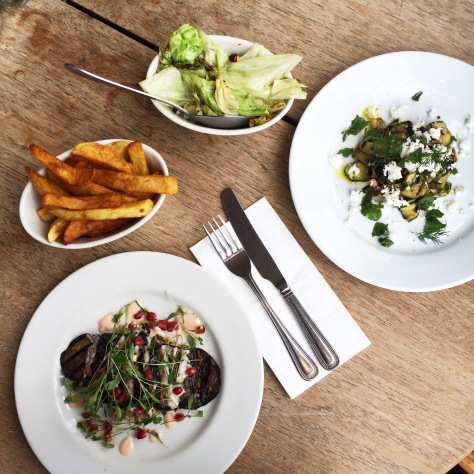 Dinner wasn’t booked till after 7pm, so we had a few leisurely hours to kill – what better way than spending them with cocktails and a mini feed to keep us going?! I wanted to pop into Roland’s for one of their fancy cocktails, but we’d got there before opening time, damn shame, so went back up the street to Neon Cactus for a caipirinha and a lagerita. For the mini feed I suggested Red Chilli, even though their originally from the other side of the Pennines it was the ideal place as I’d developed a hankering for dumplings. Of course one portion of dumplings is never enough, so we also shared salt and pepper chicken wings and sesame pan fried dumplings because lets face it, it had to be done!  Of the few Chinese restaurants my parents have tried in Leeds, even they liked it so that can only be a good thing, especially with their exacting standards. 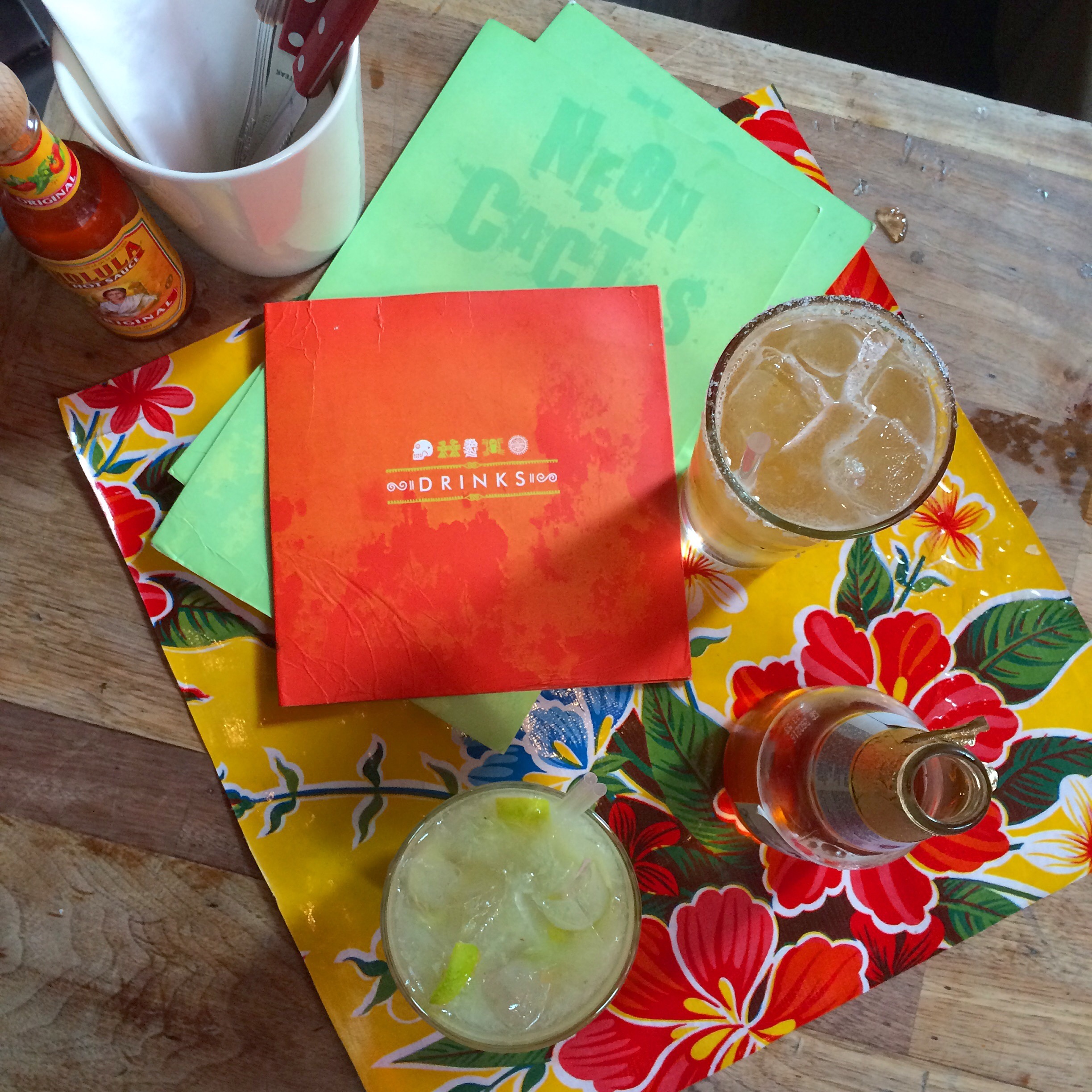 For dinner my first choice was to revisit Zucco, this Meanwood Italian has established itself amongst the best restaurants in the city. I’m so glad I booked as it got busy quickly and for good reason too – glorious food and friendly service. We settled for two plates each, I predictably went for dishes I’d enjoyed before – beef pappardelle and zucchini, my friend thought her choices in particular the smoked haddock and scallops were beautifully cooked. It was probably a good thing we weren’t really sharing as perhaps that dish didn’t really lend itself to it unlike the others. Regardless, the dishes were cooked faultlessly and it was another place my friend would definitely be keeping in mind for the future.

Originally the plan was to make Bundobust my last stop for a spot of old school supper and join in their 1st birthday celebrations, but however tempting the idea was I just couldn’t manage anything else!!

If you had a day to eat your way through Leeds or anywhere else that matter, where would you go?

A London Based Food Blog & Travel Blog - Always Cooking, Eating & on the Move